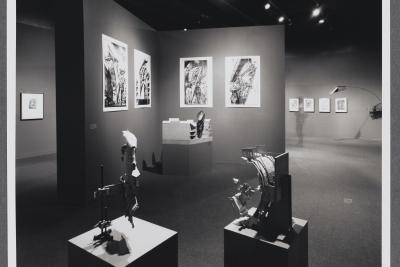 Location
Reference Gallery
Featured Artists
Lebbeus Woods
Press Release (PDF)Opens in a new window (652.09 KB)
Explore all artists who have exhibited at the List in our Artist Index.

The List Visual Arts Center presents an exhibition of drawings and models by Lebbeus Woods, an experimental architect who creates radically new, utopian spaces as a means of exploring alternative ways for contemporary societies to live.

Noted architectural critic Michael Sorkin has called Woods, “our most fecund visionary – a futurist whose notions of the ideal city stretch architecture to its technological and philosophical limits."

The exhibition is composed of colored pencil drawings and wildly inventive models from several projects developed during the past decade, including: Berlin-Free-Zone (1990), designs for the reconstruction of a unified Berlin; Aerial Paris (1989), designs for a web of permanently floating living-working spaces above Paris, and Zagreb-Free-Zone, a mobile troupe of cone-like shelters. Woods is concerned not merely with building, but with the conceptual and philosophical components of contemporary architecture as well.

Since 1976 Woods has lived in New York City, where he concentrates on architectural theory, experimental projects, and teaching. In 1988 he founded, with Olive Brown, the Research Institute for Experimental Architecture (RIEA), a non-profit organization for the advancement of architecture through experimentation and research.

This exhibition was organized by Diana DuPont, curator of exhibitions at the University Art Museum, California State University, Long Beach.

Publication with essay by Diana DuPont with additional text by the artist. 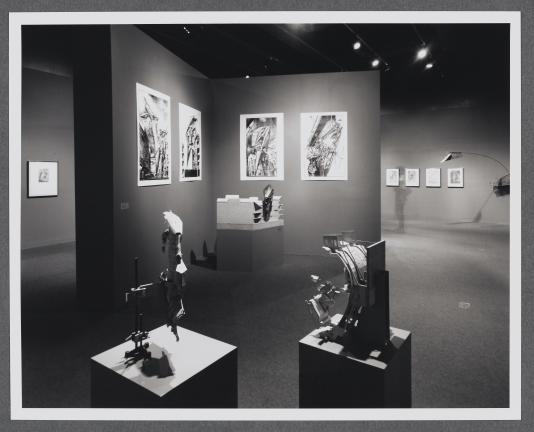 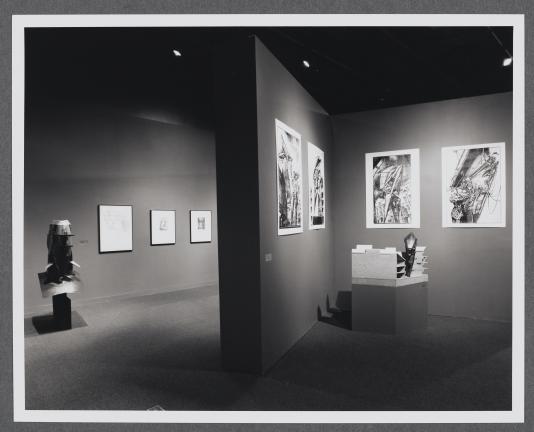 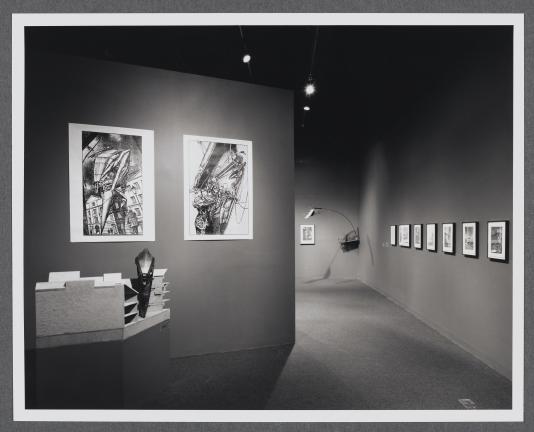 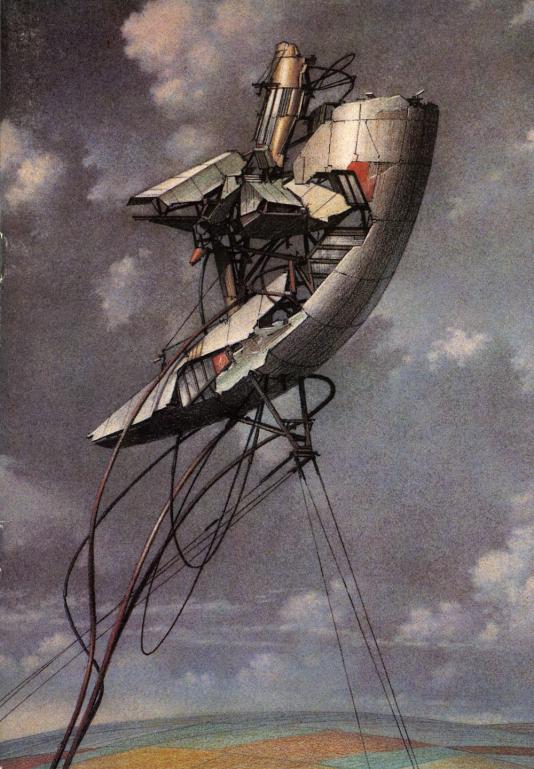 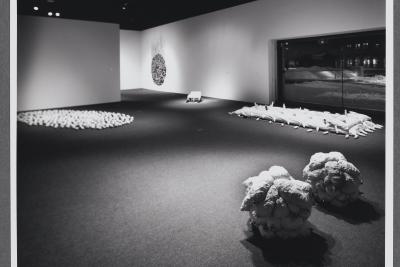 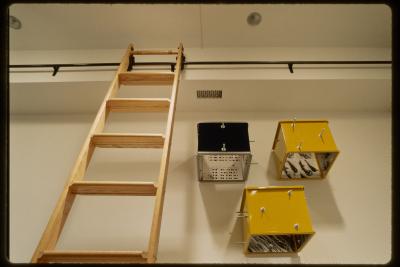