Location
Bakalar Gallery
Featured Artists
Azza El Siddique
Explore all artists who have exhibited at the List in our Artist Index.

The New Haven-based artist is known for room-sized sculptural environments that take up the related themes of entropy, impermanence, and mortality. El Siddique’s welded-steel structures are based on the forms of ancient Nubian sacred sites, including ritual and funerary temples. Her purpose-built architectures support the smaller sculptural forms of vases, urns, and fragmented figures rendered in glass and unfired ceramic. Water droplets, released through slow-drip irrigation systems, gradually erode the clay and oxidize the steel in a dynamic material process through which the artist’s works undergo an entropic transformation from creation to dissolution.

El Siddique’s installations evolve over time, and are experienced with multiple senses. Incremental and controlled, the steady trickle of water is audible. In some works, heat lamps diffuse the scents of sandalwood oil (used to cleanse and prepare bodies for Muslim burial) and a blend of myrrh, rose, frankincense, sandalwood, and other fragrant oils (often worn as a perfume by Sudanese woman), evoking both Islamic mortuary rituals and the artist’s sensorial recollections of her adolescence in a Sudanese community in Canada. El Siddique’s work foregrounds slow events of material reorganization and their residues, a process she likens to the subjective, unstable, and mutable production of both historical narratives and personal legacies. 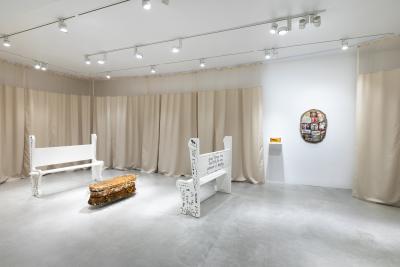 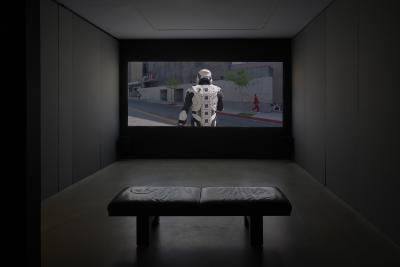