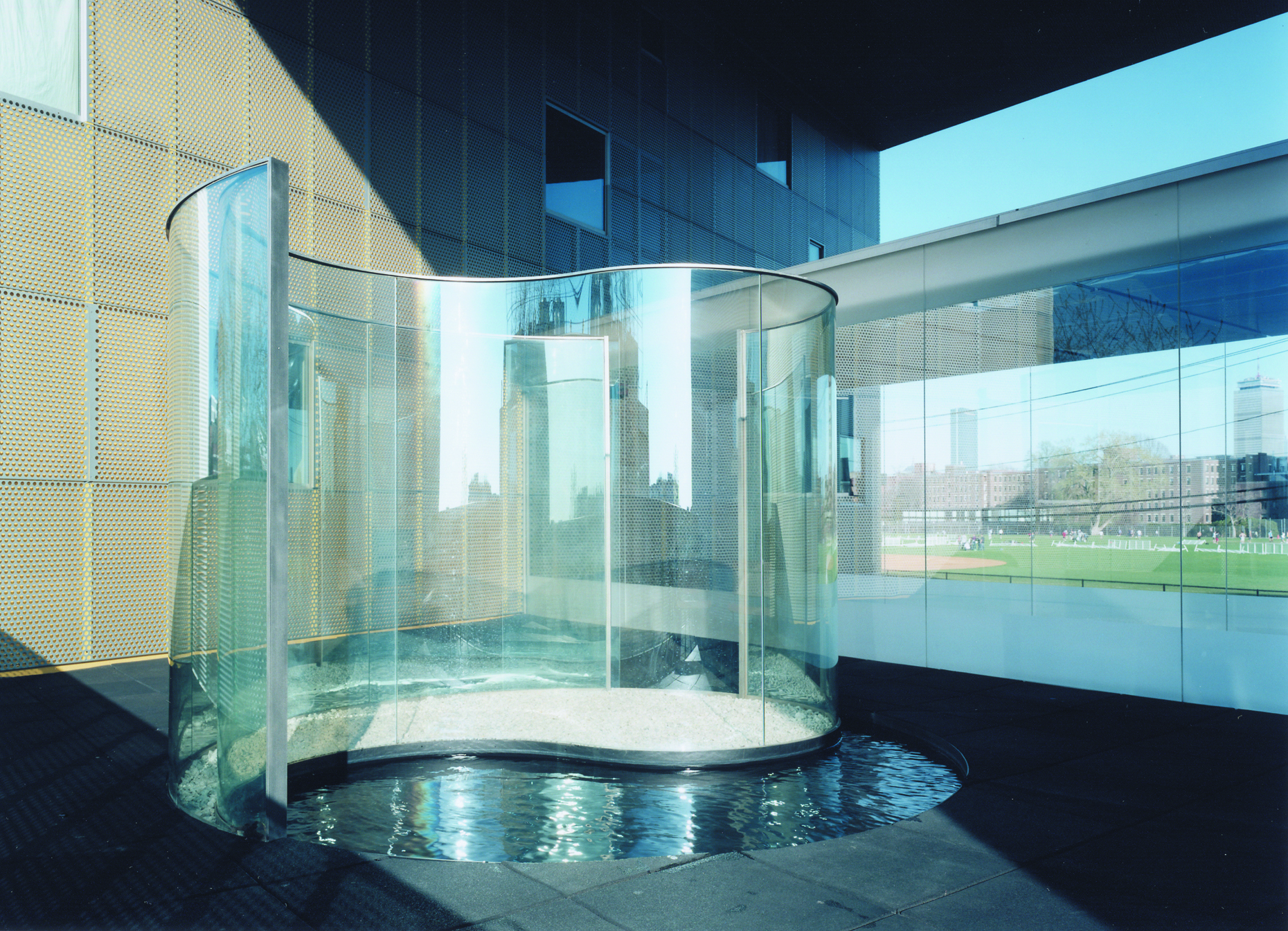 The sculpture’s structure is made of concave and convex two-way mirrored glass, a medium that creates constant fluctuations between transparency and reflection. Viewers activate the pavilion by moving through its curving spaces to experience superimposed anamorphic reflections of the sky, landscape, surrounding objects, and other spectators.

Describing the experience of the work, Graham noted, “The observer becomes conscious of himself as a body, as a perceiving subject, and of himself in relation to his group. This is the reversal of the usual ‘loss of self’ when a spectator looks at a conventional art work.” The desired balance and interconnectedness between self and other, human and environment, observer and artwork, relates to the work’s title, which describes the complementary life forces of Ancient Chinese philosophical thought, typically represented as a circle divided by a curved line. Graham designed the Yang half (associated with light and masculinity) of his circular pavilion to be covered with white raked gravel referring to Japanese Zen gardens; the Yin half (believed to represent darkness and femininity) contains a shallow pool. The interactive and interpersonal nature of Graham’s artwork is further enhanced by the addition of seating surrounding the pavilion.

*Note - this artwork may be viewed from outside of the building, but is otherwise only accessible by guided tour.

Dan Graham (1942–2022) dissects and expands notions of public, private, and artistic space. Since the mid-1960s, he has produced ground-breaking work in performance, video, and conceptual art, often combining mediums to heighten the viewer’s experience. Graham has exhibited internationally in solo shows and mid-career retrospectives at the Whitney Museum of American Art and the Museum of Modern Art, New York; the Musée d’Art Moderne de la Ville de Paris; and the Stedelijk Museum, Amsterdam. His projects have been acquired by, among other institutions, Dia Art Foundation in New York, Tokyo’s Museum of Contemporary Art, and the San Francisco Museum of Art. 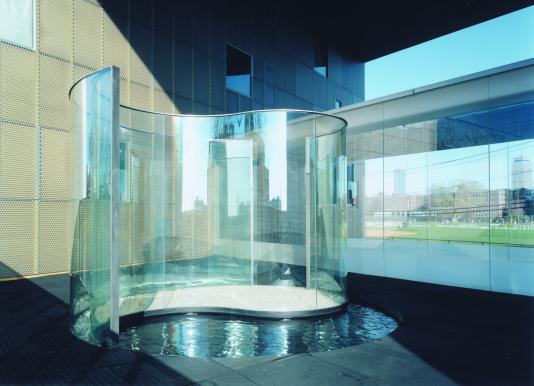 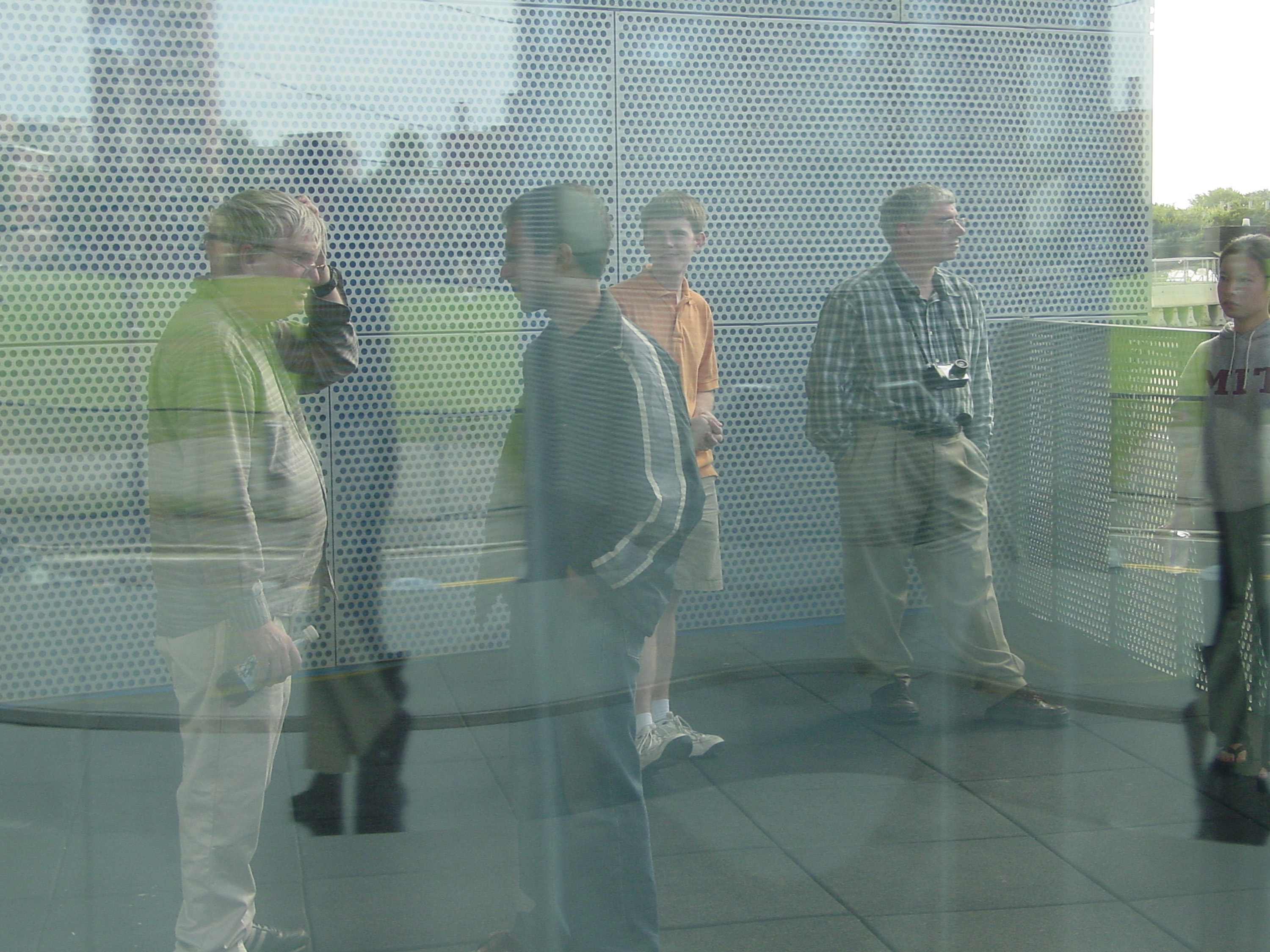 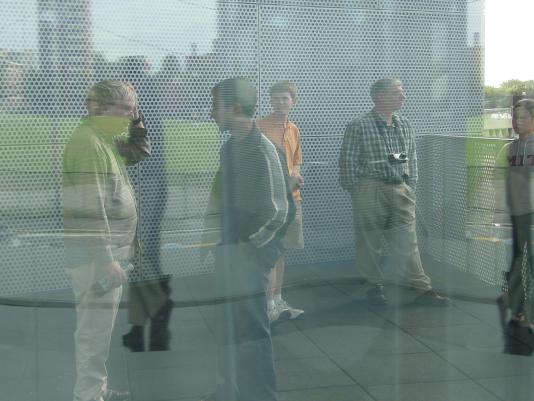