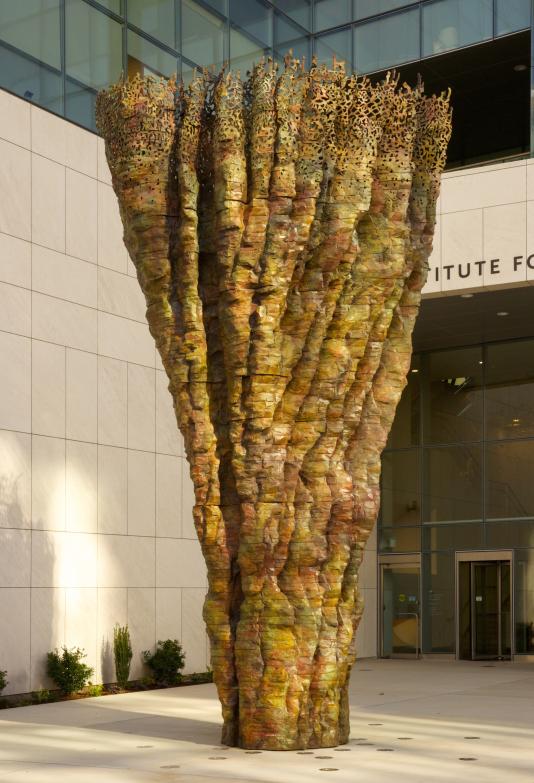 Ursula von Rydingsvard is known for her monumental sculptures made of cedar or bronze.

Beginning with standardized, milled cedar beams, von Rydingsvard cuts, stacks, glues, and saws apart the wood, often creating conical forms that resemble weathered trees, tornadoes, bee hives, or boulders, even if their detailed textures appear more computer-generated or machined. SCIENTIA presents an intriguing hybrid of von Rydingsvard’s material interests. From afar, the sculpture appears to be made of wood, as if a section of an old trunk had been installed outside the McGovern Institute at MIT. The top of the structure seems to have dissolved into a lace-like pattern, much like the result of a termite infestation. Yet the flared form is wider at the top than at the base, unlike the usual shape of a tree, and what appears from afar to be an overall brown cast turns out to be an unnatural motley of red, orange, yellow, and green hues. The sculpture is in fact made of bronze, even if it retains the horizontal bands of von Rydingsvard’s work in wood, which in turn suggest layers of sedimentary rock. These organic associations are heightened by the work’s installation outside an institute for brain research, as the complex folds and branches of the structure evoke the same physical features of the human brain.

Ursula von Rydingsvard (b. 1942) was born in Deensen, Germany. Her childhood was significantly impacted by World War II; her family moved through eight refugee camps across Germany before they were able to emigrate to the United States, arriving in New York before moving to Connecticut. During that period, the family was often housed in wooden barracks, which likely motivated von Rydingsvard’s eventual focus on the material of cedar. While abstract at its core, von Rydingsvard’s work takes visual cues from the landscape, the human body, and utilitarian objects―such as the artist’s collection of household vessels―and occupies the intersection of man-made and natural forms.

Von Rydingsvard received an MFA from Columbia University and was an Assistant Professor at Yale University. She has received many awards, including a Lifetime Achievement in Contemporary Sculpture Award from the International Sculpture Center, the Skowhegan Medal for Sculpture, an Academy Award from the American Academy of Arts and Letters, and fellowships from the John Simon Guggenheim Foundation and the National Endowment for the Arts. Major exhibitions of her work have been held at the National Museum of Women in the Arts, Washington, D.C.; Yorkshire Sculpture Park, West Bretton, United Kingdom; SculptureCenter, Queens; Madison Square Park, New York; and Storm King Art Center, New Windsor, New York. Her works are in the permanent collections of numerous museums nationally and internationally. Von Rydingsvard lives and works in New York.

SCIENTIA is a gift commissioned by Lore Harp McGovern, co-founder of the McGovern Institute and a member of the Council for the Arts at MIT. “SCIENTIA represents that art and science are not separate entities,” says McGovern, “Art defines our humanity, advances our curiosity and forces us to ask big questions—questions the McGovern Institute for Brain Research is trying to answer. SCIENTIA invites you in.” 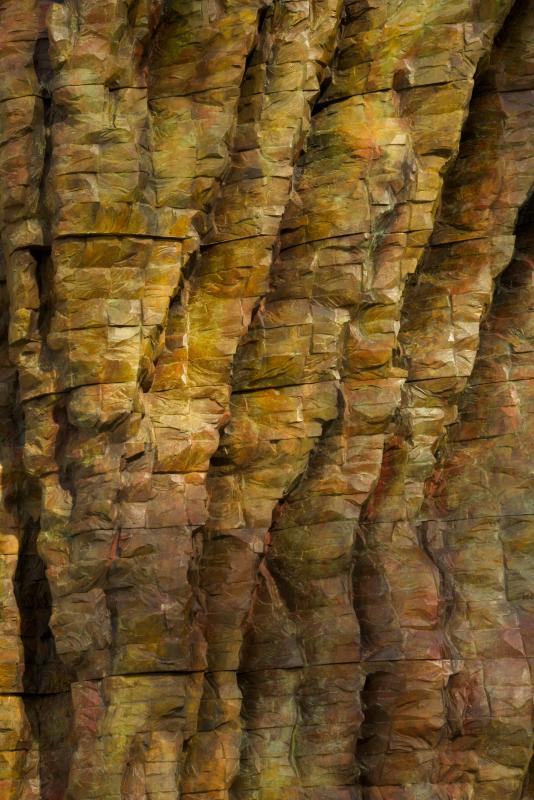 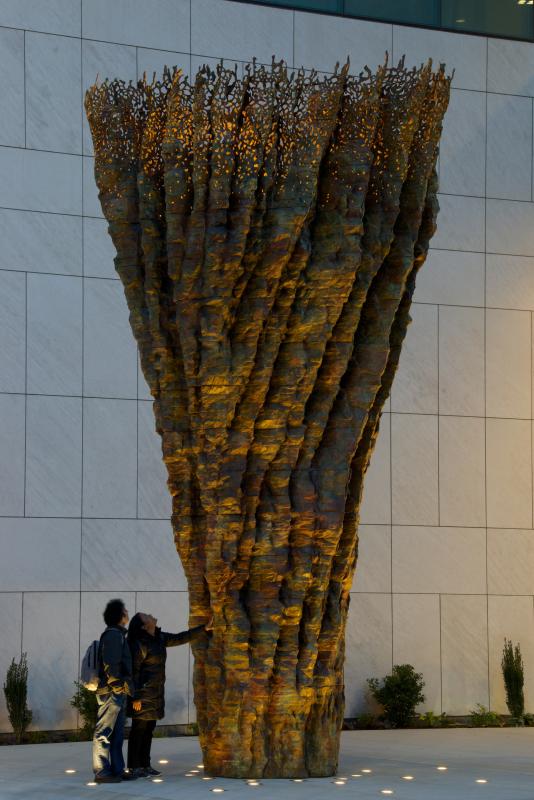 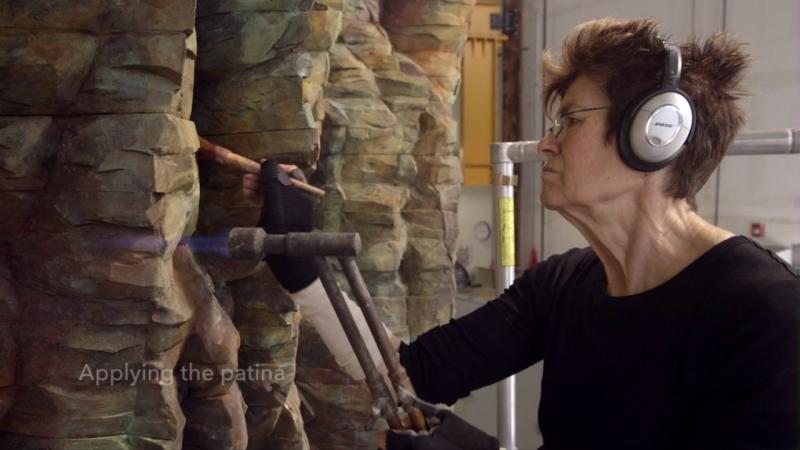