Gift of the Artist

Created from materials such as bronze, granite, marble, aluminum, and stainless steel, David Bakalar’s sculptures often combine figurative and geometric forms in balanced compositions that allude to the artist’s background in physics.

In TV Man or Five Piece Cube with Strange Hole, cubic and cylindrical shapes are cut into larger blocks of granite that, while remaining abstract, become anthropomorphic through their arrangement on the ground. The work’s title may point to the block that stands for the figure’s head, in which the rectangular cavity resembles a television. Gifted to the Institute in 1993, Bakalar’s sculpture resides on the Hayden Memorial Library’s South Lawn, where the sunlight casts shadows that layer additional shapes onto the polished and unpolished surfaces of the stone.

David Bakalar (b. 1924) was born in Boston, MA and studied at Harvard University and MIT, where he received a ScD in physical metallurgy in 1951. With his brother, he founded the Transitron Electronic Corporation, one of the world’s largest transistor manufacturers in the 1950s. During this period, his interests turned toward art and he became an avid collector. Thirty years later, encouraged by the artist George Segal, Bakalar began his career as a sculptor at the age of 62. His sculptures are also in the collections of the Boston University, Massachusetts College of Art, Brandeis University, Columbia University Law School, and other universities, as well as the Marine Biology Laboratories at Woods Hole and the Federal Reserve Bank in Boston. Bakalar lives and works in Boston. 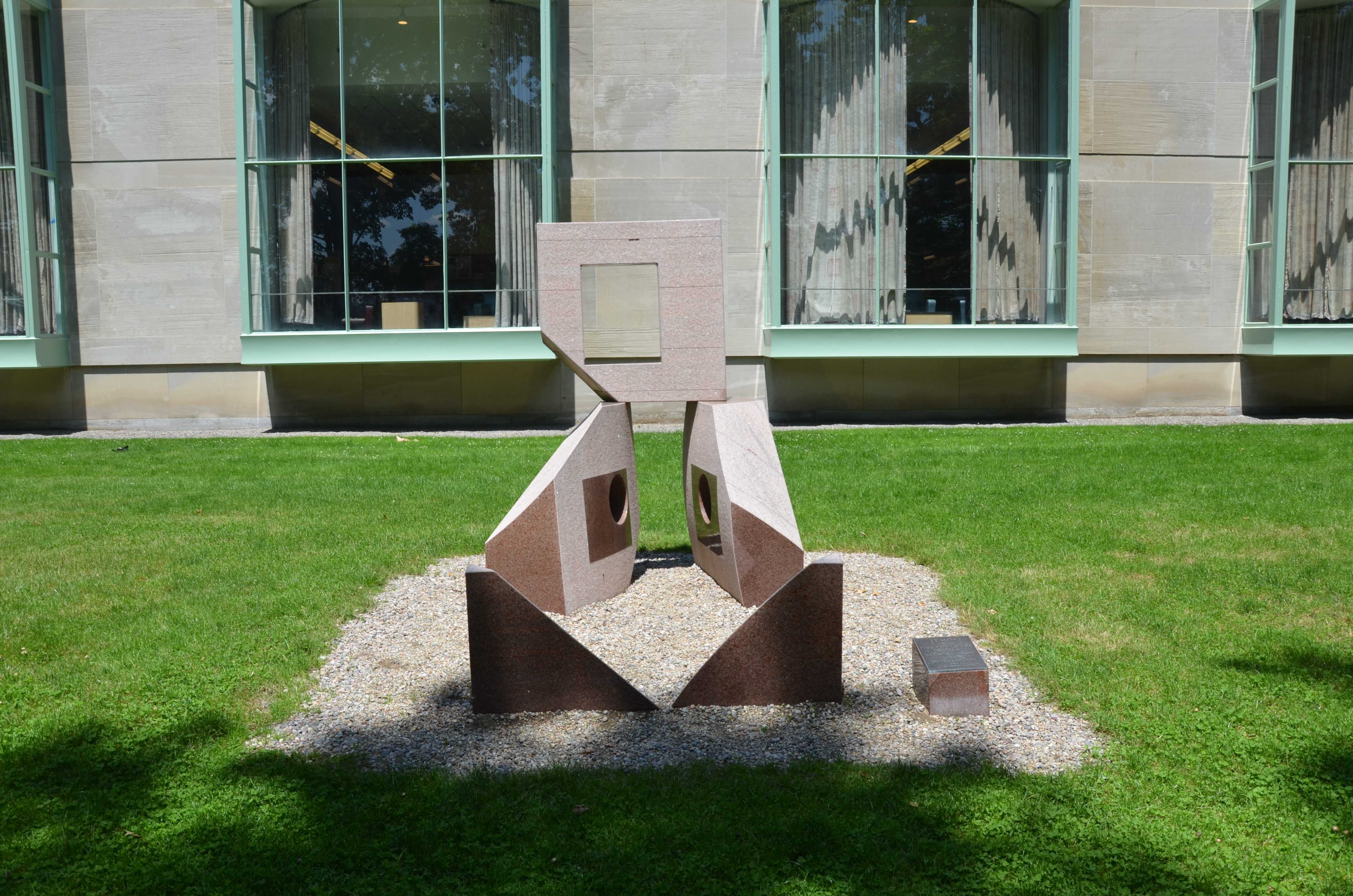 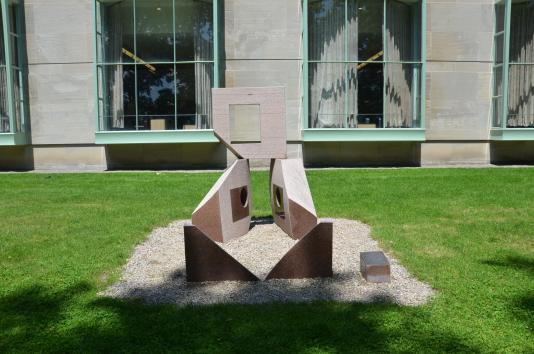 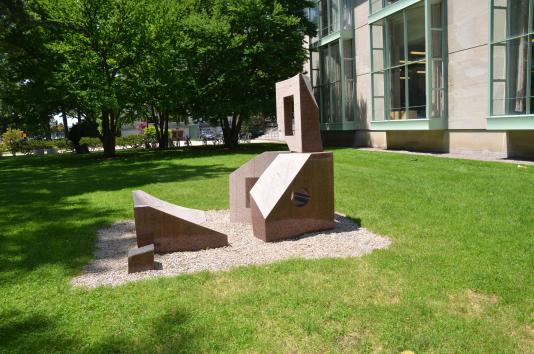