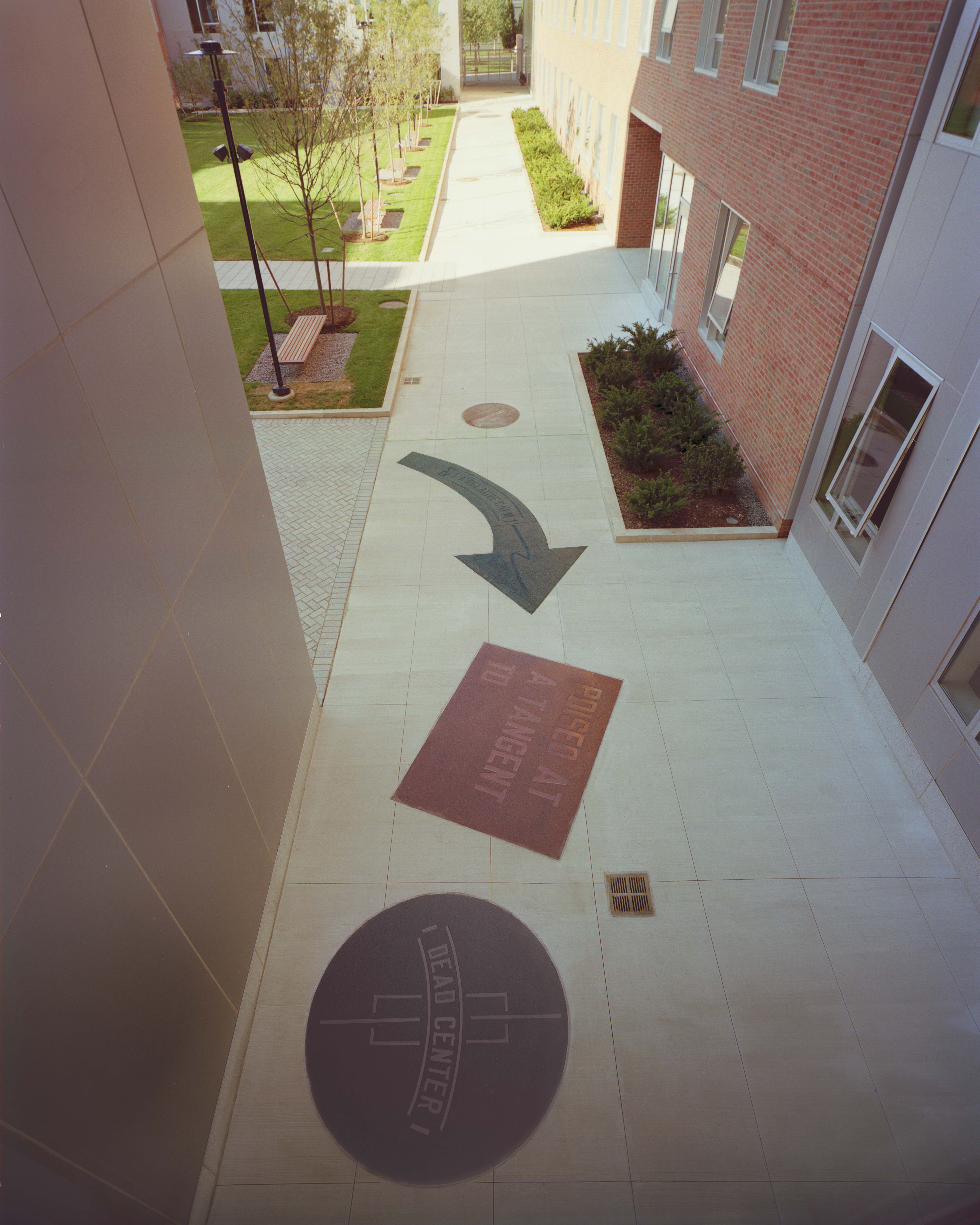 Lawrence Weiner was a pioneering artist credited with establishing language itself as a material.

His work takes the form of poetic phrases, with an emphasis on prepositions, rendered on walls and buildings in a signature outlined sans serif font, sometimes integrated with graphic elements.

Instead of paint or vinyl or wood, the works’ media are often listed as “language and the materials referred to,” the latter category at times including elemental substances such as water, sand, or stone, as well as more general materials such as “form” and “matter,” or “this” or “that.”

In Dead Center, the materials referred to are more abstract and mathematical. The set of three phrases, carved in granite and set into the Ashdown House walkway, reads:

& A RELATIVE CALM POISED AT A TANGENT TO DEAD CENTER

& AN UNKNOWN VECTOR POISED AT A TANGENT TO DEAD CENTER

& A MEANS POISED AT A TANGENT TO DEAD CENTER.

In each line, the phrase “at a tangent to dead center” remains constant, and is carved into rectangular and circular granite forms, while the initial phrases, beginning with the ampersand, changes and is set within an arrow pointing toward the rest of the line. This creates a dynamic effect where a viewer, or reader, is guided across the walkway by the stepping stones of Weiner’s language. Dead Center could also be read as a conceptual pathway, perhaps from present to future. “Poised,” as if ready to act, at the edge of some center, a sense of “calm” in the first line becomes an “unknown vector” in the second, suggestive of an anticipated action, which then resolves into “a means,” a more tangible tool for achieving something. While the text resembles a mantra or guide, Wiener’s language is also capacious; viewers may bring their own referents to these terms.

Lawrence Weiner (1942–2021) was born in New York and is considered a founding member of the Conceptual art movement of the late 1960s. After finishing public high school in Manhattan, Weiner worked a variety of odd jobs—on an oil tanker and in railroad yards—and traveled throughout the United States, Canada, and Mexico before settling back in lower Manhattan. Though he was celebrated for his work with language, Weiner began his career as a painter and ultimately considered himself a sculptor. Weiner took part in hundreds of solo and group exhibitions in North America, Europe, and Asia; his textual works have been installed in museums and public spaces throughout the world. He has also produced artist’s books, films, online projects, radio broadcasts, video works, performances, and multiples. His work is included in the permanent collections of the Solomon R. Guggenheim Museum, Museum of Modern Art, and Whitney Museum of American Art in New York; Art Institute of Chicago; Carnegie Institute of Fine Art, Pittsburgh, PA; Centre Georges Pompidou, Paris; and Museum Ludwig, Cologne, among many other institutions. Weiner died in 2021 in New York.

*Note - this artwork is only accessible to the public by guided tour. 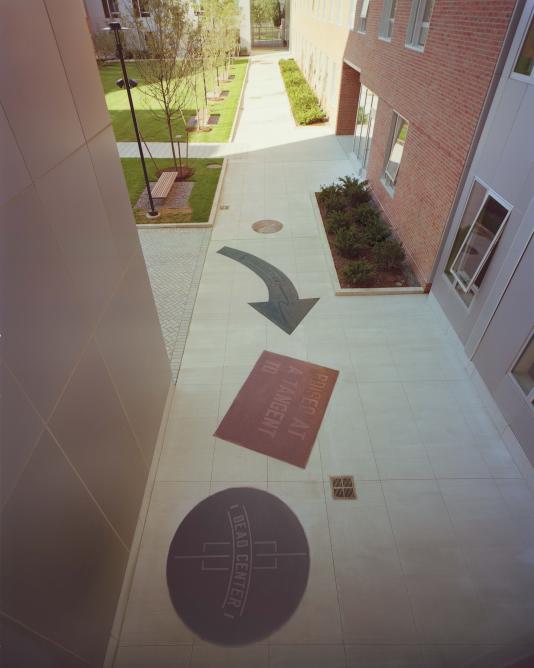