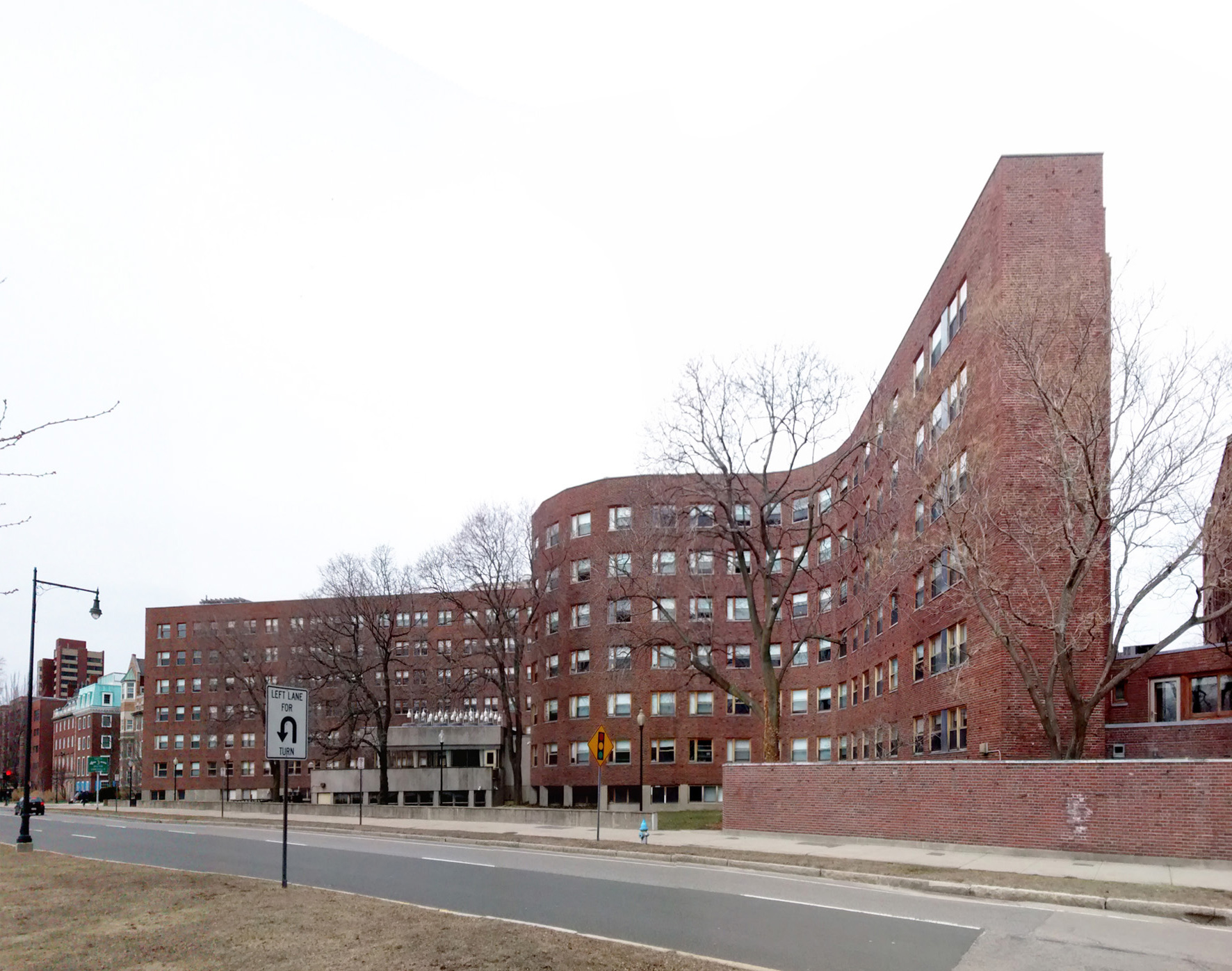 Alvar Aalto was born in Kuortane, Finland. He studied architecture at the Helsinki University of Technology in 1916-21, his attendance interrupted by military service.

In 1923, he opened an architectural office in Jyväskylä. Two years later, he married architect Aino Marsio, who would collaborate with him until her death in 1949. In 1952 he would marry Elissa Mäkiniemi, architect, with whom he also collaborated.Aalto’s designs in 1927-28 for a newspaper office in Turku, a tuberculosis sanatorium at Paimio, and the Municipal Library at Viipuri brought him great public attention; by the mid-1930s, he was internationally recognized as a preeminent architect, celebrated for his clean and distinctive design and use of natural materials. From this period, Aalto also began to design furniture, characteristically incorporating bent laminated wood.

In 1935 he established the Artek Company to manufacture his furniture and other domestic designs. His glass vases in particular remain popular and mass produced.Aalto designed many private, public, and industrial buildings including the country home Villa Mairea; the Finnish pavilions for World Fairs in Paris, 1937, and New York, 1939; colleges at Otaniemi and Jyväskylä; Sunila cellulose factory, including workers’ housing; and the Säynätsalo town hall group. In addition, he assisted the Finnish government with reconstruction and resettlement plans following the Finnish-Russian war.

He was a member of the Congrès Internationaux d’Architecture Moderne from 1928 to 1956, and a member of the Academy of Finland, serving as President 1963-68; he was awarded the Gold Medal for Architecture from the Royal Institute of British Architects, 1957, and the Gold Medal from the American Institute of Architects, 1963.Alvar Aalto died in Helsinki on May 11, 1976. Please note since Alvar Aalto’s Baker House is a student resident hall the interior of the building is not available for tours by the public.Courtesy of Alvar Aalto Museum